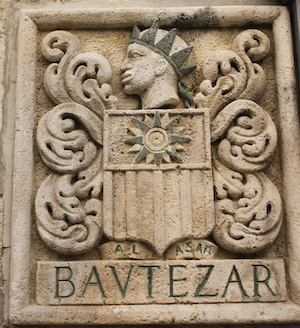 
In elucidating this passage for a reader, Rilke wrote that the princes of Les Baux traced their lineage back to the 3 Wise Men, specifically Balthasar. They were also superstitious, believing in the power of the number 7, which was also the number of cities, villages, and monasteries that they possessed. Their coat of arms contained a star with 16 rays (see above). The last prince in the family died in 1426.